Skydio Drones Approved for BVLOS Inspections at Over 40 Power Plants

Power company Dominion Energy recently secured a broad waiver from the FAA that allows it to conduct BVLOS (Beyond Visual Line of Sight) drone missions for inspection purposes using Skydio drones, specifically with the Skydio X2.

The waiver gives the company permission to perform BVLOS inspection flights in seven states, opening up the potential for Dominion to carry them out at over 40 different power plants. The seven states are Connecticut, Georgia, Indiana, North Carolina, South Carolina, Virginia, and West Virginia.

A 20-minute inspection by a battery-powered drone will increase safety for our colleagues, who will no longer need to rappel down the side of a structure, as well as save time during inspection-related preparations. As a pioneer in beyond visual line of sight drone use, Dominion Energy contributes to a safer, greener future, as well as potentially lowering operations and maintenance costs, which ultimately benefits our customers.

Dominion already has a robust drone program, with a fleet of about 50 drones and a team of drone pilots on staff that work in several different parts of the company’s operations.

The company uses drones in a variety of ways, including:

How Did Dominion Get the Waiver?

To make all of this concrete, here’s an overview of what Dominion’s CPLA waiver allows it to do:

Pilots and inspectors at Dominion will use the new permission to conduct inspections at the company’s power plants, gathering visual data of hard-to-reach areas found in assets like boilers or smoke stacks remotely by drone. Using drones will allow inspectors to avoid endangering themselves to collect inspection data by using ropes, working at height on scaffolding, or entering confined spaces.

Although Dominion Energy is the recipient of the waiver, the company worked closely with Skydio’s regulatory team to get it. The waiver was obtained with the support of rigorous testing done at the Virginia Tech Mid-Atlantic Aviation Partnership (MAAP), which is a partner with Skydio under the FAA’s BEYOND program.

MAAP has helped secure several other authorizations like this one for private companies and for public agencies.

Two major goals of the research we conduct as an FAA-designated test site are helping companies like Dominion develop practical ways to use drones to make their operations safer and more efficient, and working with drone companies like Skydio to find opportunities to leverage the real power of their technology to make new kinds of operations possible. This waiver achieves both of those things and is a real win for us in our efforts in the BEYOND program. We’re excited to see the difference it will make for Dominion and Skydio now, and what it lays the groundwork for in the future.

Recent Wins for the FAA’s BEYOND Program

Right after the FAA closed out the UAS IPP (Integration Pilot Program), which had the goal of testing drone operations that were prohibited by the Part 107 rules—like flying BVLOS or at night—it launched the BEYOND program.

That program has the explicit goal of expanding and normalizing BVLOS drone operations, acknowledging just how important the ability to fly beyond the pilot’s line of sight is for the drone industry.

And recently we’ve been seeing several high profile wins for the BEYOND program. Here are a few that have been in the news lately:

Zipline, the medical drone delivery company known for its huge delivery networks in Rwanda and Ghana, among others, recently secured permission to conduct BVLOS drone delivery flights under the BEYOND program.

In doing so it became the fourth drone company ever to get a Part 135 certificate and the first to get one as part of the program.

The waivers allow Asylon to use its drones at four sites around the U.S., including at a new facility owned by GXO located in Clayton, Indiana. For the operation in Clayton, the waiver also grants Asylon permission to fly over people, at night, and over moving vehicles. Asylon’s drones are used for security, allowing large logistics companies like FedEx to conduct security patrols by using drones that are completely automated and remotely managed to identify potential breeches. These three waivers are the first ever granted for automated drone operations used in a security-focused application.

Of course, the most recent win for the BEYOND program is the one we’re writing about here—Dominion Energy’s waiver to fly Skydio’s X2 at over 40 power plants for the purposes of inspections.

All of these approvals are a good sign for the drone industry, since they indicate that BVLOS operations are starting to become more and more attainable for a variety of applications and a variety of drone technologies.

Given the trend, we imagine there will be even more BVLOS approvals coming in the months ahead. 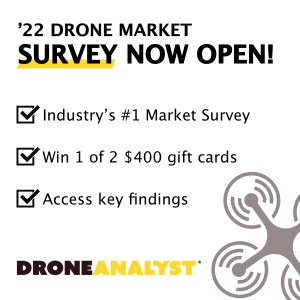