Drones were present in a variety of forms at Super Bowl LIII in Atlanta, Georgia last week. Tethered quadcopters provided an added layer of security while pre-programmed drones lit up the sky during the halftime show. Present in record-breaking numbers, drones at the NFL championship game set a new precedent for unmanned aerial systems at major public events.

The Super Bowl provided the drone industry an opportunity to showcase positive uses of drones to protect and even to entertain large gatherings of people. Also, federal officials demonstrated their ability to take down any drones that posed a risk to event attendees. Below, we talk about two drone use cases at the Super Bowl that advanced the industry’s pursuit to make drones regular participants in large-scale, public events and the restrictions put in place to deter any illegal drone operations.

As Maroon 5 began the song “She Will Be Loved,” 150 enhanced Intel Shooting Star drones floated up and over the field in a choreographed performance to the music to form the words “ONE” and “LOVE.”

When we received the opportunity to bring our drone light show technology back to the Super Bowl, we were excited by the challenge to execute it live and within a closed stadium environment. We collaborated with the show producers, both creatively and technically, to bring a special and unique show experience to the viewers.

Intel enhanced the Intel Shooting Star drones specifically for the halftime show to emulate the experience of floating lanterns. The drones were enabled to successfully fly a pre-programmed path inside a closed stadium environment without GPS.

In an all-around record-breaking performance, the 150 drones flown indoors exceeded the world record that Intel previously set flying 110 indoor drones at CES in 2018. You can view the show in the video below.

Skyfire, public safety UAS experts, in coordination with the Georgia World Congress Center Authority, the Georgia Emergency Management Agency and a team of pilots, security experts and software partners, deployed two tethered drones high above Atlanta—overlooking the events surrounding the Suber Bowl—at the ready in case of an emergency.

Each drone was flown to a maximum altitude of 200 feet above ground and was secured and powered by a tether system. The drones flew just a few hundred feet below Black Hawk helicopters also securing the event. Law enforcement officers were able to view the drones’ live video stream at command centers in over a dozen locations.

In the past, aerial surveillance of a large-scale event like the Super Bowl would’ve been gathered by helicopter. Drones provide a unique solution, allowing law enforcement to monitor areas that are inaccessible or unsafe for large aircraft.

Real-time, actionable information for the guys on the ground is essential and allows you to respond much more quickly to a critical incident than you could having to rely on traditional aviation assets. The drones allow security specialists to spot unusual behavior long before they reach the main venue.

The team worked closely with the State of Georgia’s air operations support center and was in constant communication with the FAA and the FBI to ensure the safety of the operation.

Prior to the game, the FAA established a temporary flight restriction (TFR) around the stadium and issued a statement letting drone pilots know that Atlanta is a “No Drone Zone,” during Super Bowl LIII.

Drone flights were restricted beginning on January 31, three days before the big game. Unauthorized drones were not allowed to fly within one nautical mile around the stadium up to an altitude of 1,000 feet. On game day, February 3, that restriction grew tighter, banning drones from flying within a 30-nautical-mile radius of the stadium up to 17,999 feet in altitude.

Perhaps some didn’t get the message, or they blatantly disregarded it. Pilots and drone operators were warned that those who entered the TFRs without permission could face civil penalties that exceed $20,000 and potential criminal prosecution.

Still, the FBI said on Friday that security officials at Atlanta’s Mercedes-Benz Stadium had already confiscated at least six drones operating in the TFR.

#FBI Atlanta is reiterating the message that #ATLSB53 is a #NODRONEZONE after six were confiscated yesterday for violating the current TFR in place. #SBPublicSafety @FAANews https://t.co/zC7fXEjUoA pic.twitter.com/HubzXCV5XT

As a professional drone pilot, it is essential to keep track of airspace status and temporary flight restrictions. While the majority of drone operators take measures to fly safely and responsibly, there are still some that do not. You can stay informed on TFRs by checking the FAA’s TFR list.

Beyond the handful of illegal drones confiscated before the game, Suber Bowl LIII provided an opportunity to highlight the positive rewards of involving drones in large-scale, public events. Intel’s light show and Skyfire’s security drones demonstrate the value this technology has to offer from entertainment to public safety.

Share your thoughts on the drone presence at Super Bowl LIII in this thread on our community forum. 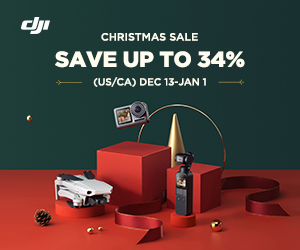